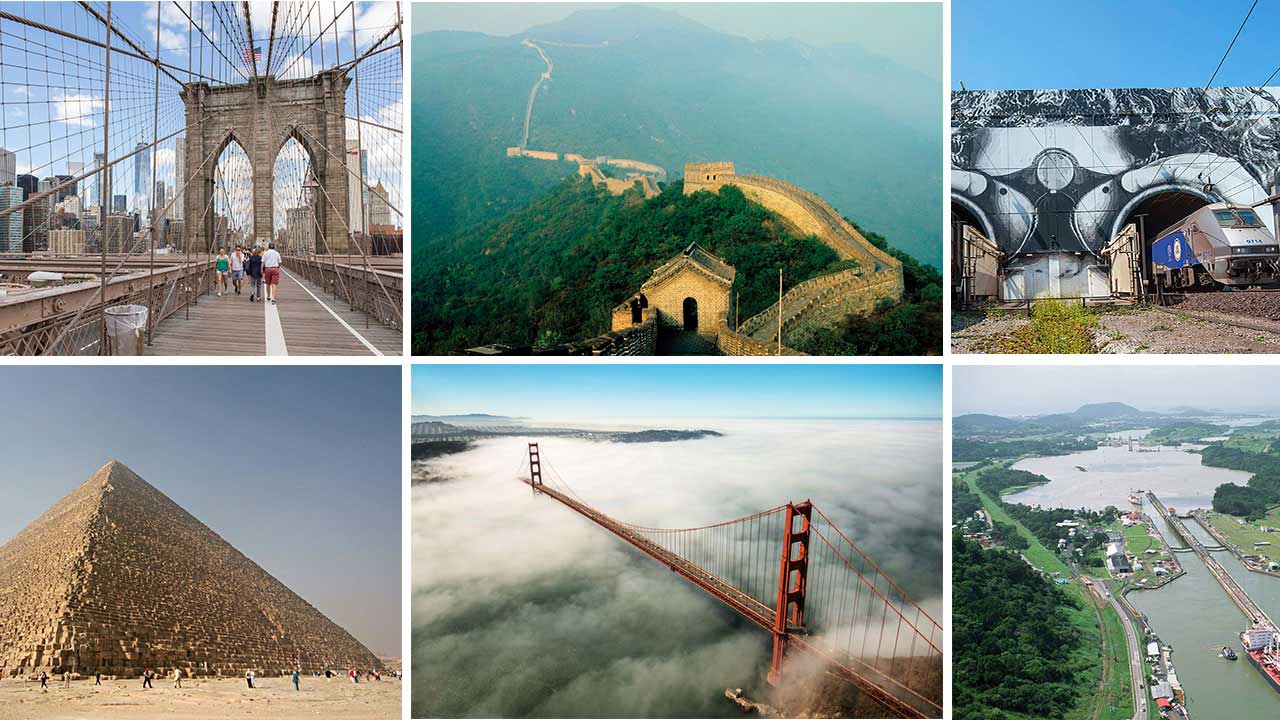 6 Marvellous Construction Projects Of all time!

Skyscrapers are the norm, now that technology has enabled us to structure rich, innovative constructions around the world. Looking at the imposing Burj Khalifa or the masterpiece named as Taj Mahal, we realise that the global construction industry is undergoing a massive transformation.

Here are six constructional wonders of all time and a bit of each of their history to appreciate the heritage of architecture and design:

The pathway is long enough to connect two different European countries. Stretching from Folkestone Kent, The UK to Coquilles Pas-de-Calais, France, this pathway has beaten Japan’s endeavours to form the biggest tunnel in the world.

The speediest Eurostar Passenger trains and road vehicles run on it, making the whole system cost 9 billion euros and the most expensive since its formation.

Marin County and San Francisco are connected by this beautiful hanging bridge. Golden Gate Bridge was an extravagant plan for an amount of US$27 million.

Manhattan and Brooklyn, the two hearts of the United States, are connected by the oldest and the very famous Brooklyn Bridge. A German engineer evolved the idea at first, but due to his untimely death, the pending work was carried out by his son John August Roebling. It’s the charm of The New York City and its expenses peaked to US$15.5 million.

The wonder stood with bravura for over 2000 years. This is one of the oldest and the most visited historic sites of China. It extends from Dandong in the east to Lop Lake in the west, covering 13,171 miles. The approximate expenses for this structure are between US$ 13-15 million, making it the second place on the list of wonders.

The astounding Pyramid of Giza is the oldest of the ancient artwork. The Desert of Egypt has three pyramids out of which this is the largest and surrounds the El Giza. It was believed to be the tomb of a Pharaoh of the fourth Egyptian Dynasty. Over 3,800 years old, it’s artworks still look magnificent.

With the Panama Canal in place, even crossing oceans has become just a matter of time.. Built-in 1881, the canal connects the Atlantic and the Pacific Ocean through the Isthmus of Panama and became an important place in the maritime trade field.