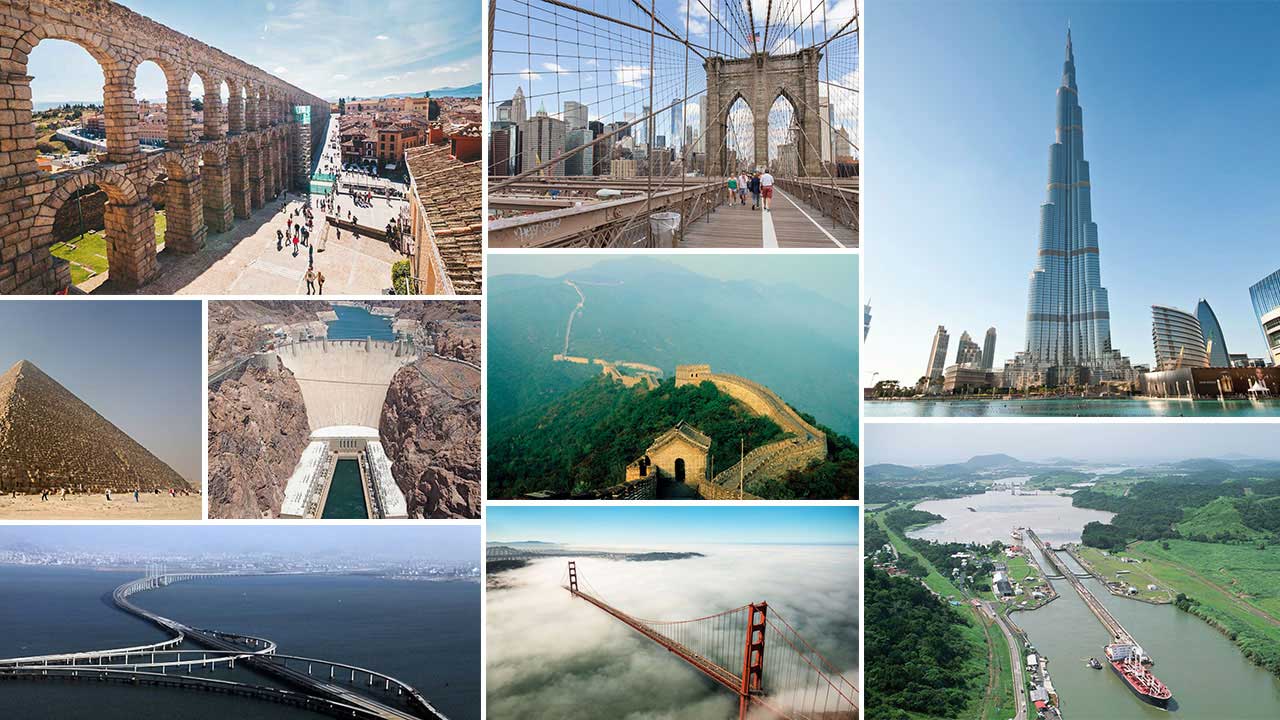 10 Architectural Marvels You Must See Across the Globe

Structural wonders need more than just engineering. The human civilisation has witnessed some of the greatest architectural brilliance across the globe.

This raises the question if engineering is an art, a skill or just a 9-to-5 profession. In this blog, we will list the top ten best jaw-dropping works of architecture.

1) Qingdao Haiwan Bridge: This is the world’s longest bridge over water with an estimated cost of around 900 million pounds. It helps to connect Eastern China with the Huangdao suburbs across Jiaozou Bay.

2) Burj Khalifa: It is one of the newest entries in the list located in Dubai with an estimated cost of US $1.5billion. It is the tallest vertical structure in the world standing at the height of 830m.

3) English Channel Tunnel: The tunnel opened its doors in 1994 and topped the list of the largest transport systems. The project stands at an overall cost of 9 billion pounds and is also the longest underwater road.

4) Golden Gate Bridge: This structure is often considered as one of the most beautiful bridges in the world and was the longest suspension bridge until 1964. The estimated cost of the entire project, located in San Francisco, is around US $27 million.

5) Hoover Dam: Constructed during the Great Depression and named after President Herbert Hoover, this architectural wonder is a concrete arch-gravity dam located on the Colorado River.

6) Panama Canal: Often regarded as an architectural marvel which opened several gates for the maritime industry, the canal connects the Atlantic Ocean with the Pacific Ocean across the Isthmus of Panama. The project commenced in 1881 and completed in 1914.

7) Brooklyn Bridge: It is one of the iconic bridges of The United States and is both a suspension and cable-stayed bridge. The bridge opened its doors to the public in 1883, and the estimated cost of the project is around US$15.5 million.

8) Aqueduct of Segovia: The structure, better known as the aqueduct bridge of Roman Empire, is one of the most well-preserved historic architectures ever. Located in Spain, it is the symbol of Segovia and has been kept in excellent condition.

9) Great Wall of China: Though some part of this structure is in ruins, it still makes the list of Seven Wonders of the World. It stretches from Dandong in the east to Lop Lake in the west. The cost of construction of this wall would range between US$13 billion-65 billion.

10) Great Pyramid of Giza: It is another example of ancient architecture on our list which has faced the test of time and still stands tall. Located in Egypt; it is the oldest Seven Wonders of the World.